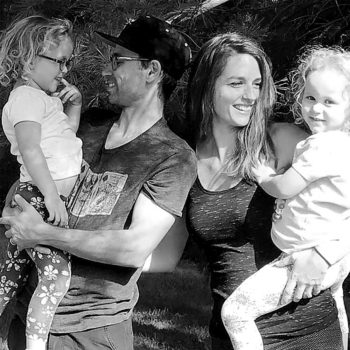 Creative Directors Clara Lehmann and Jonathan Lacocque co-founded the creative studio, Coat of Arms, in 2010. They live with their twin daughters in a rural community called Helvetia, WV. Clara grew up there and is of Swiss descent. If you visit, she’ll teach you how to polka and bake you some pfeffernüsse cookies! Clara studied anthropology and sociology at Carleton College (where she and Jonathan met), and she’s not ashamed to say that she’s a law school drop-out. Jonathan is first-generation American with a Cuban mother and a Belgian father. He studied psychology, media studies, and religion. If you want to discuss existentialism or pluralism, he’s your guy.

They love exploring any medium as long as it fits the story and especially thrive when collaborating with talented friends from around the world. They try to balance commercial work with creative filmmaking. When they're lucky, the two align.