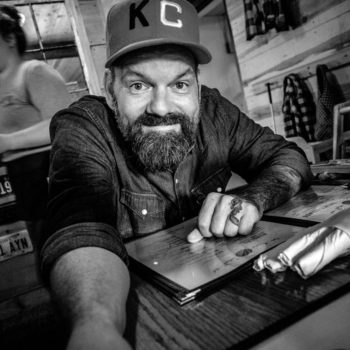 BEN RADATZ is a Los Angeles-based filmmaker, designer, photographer and writer with an interest in experimental animation, new technologies, visual research and nostalgic influence. He is also a founding member and seventeen-year partner at MK12 Studios, a design & animation collective headquartered in Kansas City with acclaim in the film, TV, game and advertising industries, and on the international film festival circuit.

His primary areas of interest include title sequence / vignette / UI | UX design for film and TV, game promotion & cinematics, short film development and network stunts / branding / promotion. He takes an active interest in the history and genealogy of title design industry and is a frequent contributor to Art of the Title, where he often writes about the history of the craft and its relationship to film and pop culture.