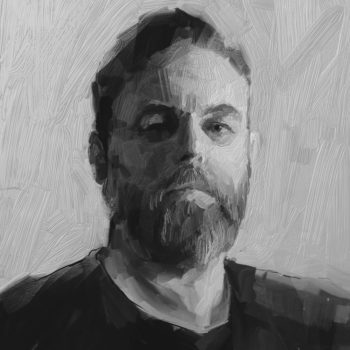 Richard Kenworthy is one third of the directing team ‘Shynola.’ Regarded for their extraordinary film work, which creatively combines imaginative animation and live performance, Shynola are restlessly inventive. Their ability to always making new and original work has enabled them to remain fresh for some 20 years.

Their music video work includes Radiohead, Beck, Blur, Coldplay and Queens of the Stone Age, with commercials for Nike, Audi, Playstation and Maserati. They also created notable title sequences for The IT Crowd, The Hitchhiker’s Guide to the Galaxy, Scott Pilgrim vs the World, Mandy, and received Emmy nominations for their work on NetFlix’s GLOW and Watership Down.

They are currently developing long-form television and feature film projects.