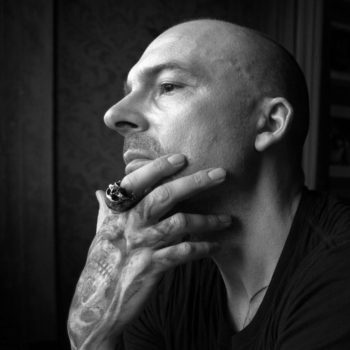 Writer/director, Neil Huxley, is a ruffian in the truest sense of the word. His commercial film and video game work, both cinematic and emotionally driven, has a tough-guy sophistication that often traverses the increasingly blurry line between the real world and a virtual one. A strong background in VFX and art-direction enables Neil to push the limits of technology like few others, regardless of the platform. Whether man or machine, Neil brings virtual worlds and characters to life - and there’s no doubt that he’s most comfortable with one foot in the future, even if it’s an apocalyptic one.

Within the commercial sphere Neil’s live-action and VFX direction is celebrated for blending the elegant and meticulous with the violent and dark. He loves the technical and dramatic challenges of crafting virtual worlds and characters that feel natural and emotional, as well as making the everyday appear cinematic and enchanted.

Neil's extensive experience in post and VFX led him to art direct the title sequence for Zach Snyder's Watchmen before working alongside James Cameron for 18 months on the blockbuster Avatar. He has since gone on to direct numerous live action and FX-driven projects that include the launch trailer for Transformers: Fall of Cybertron, Mad Max, Rise of the Tomb Raider and Assassin’s Creed Unity, as well as several fight promo films for the Ultimate Fighting Championship featuring the sport’s biggest stars.

More recently Neil directed the monumental, live action interactive film for Middle Earth: Shadow of War, the latest video game from Warner Bros. Interactive Entertainment and Monolith Studios. Braving the Ukrainian winter, he oversaw a team of hundreds in bringing to life an epic battlefield of warring Orcs and fire breathing dragons, which garnered millions of views and praise from diehard fans for being the best depiction of Middle Earth since the original trilogy.

Neil is also developing feature projects with his brother and writer, Philip Huxley who has penned some of the biggest AAA video game titles of the last several years including Batman: Arkham Knight.