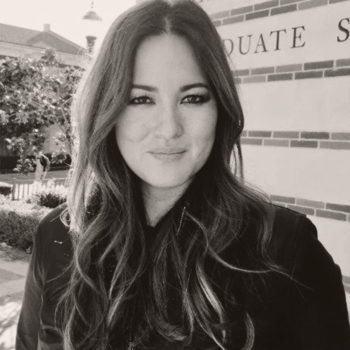 Kimberly Cooper is the CEO and co-founder of Spatialand™, a revolutionary VR design platform and toolset for enterprise, brands and consumers to create immersive content destinations. She currently leads the company’s operations and business development efforts in expanding its design and technology solutions. Prior to Spatialand™, Kimberly founded Prologue with Kyle Cooper in 2003, as well as Prologue Immersive in 2015. Under Kimberly's guidance, both Prologue and Prologue Immersive have developed groundbreaking VR / AR / MR techniques in storytelling, design and technology, establishing the company as a creative powerhouse and trendsetter in the VR and entertainment space. Prologue Immersive’s visual effects can be seen in blockbuster films and popular shows, such as: “Iron Man” and “Iron Man 2,” “American Horror Story,” “X-Men,” “Tron,” “Sherlock Holmes,” “Across the Universe” and “The Tempest.”

As a leading creative executive in design and entertainment, Kimberly has played an integral role in many iconic productions, earning her two Emmy nominations for her outstanding work on the Academy Awards. Leveraging her extensive background and knowledge within immersive storytelling industry, Kimberly also regularly serves as a guest speaker at industry events, including the SXSW, Women in Film Speaker Series and Digital Hollywood.